Terminal blocks are modular, insulated blocks that secure two or more wires together.? Terminal blocks are used to?secure and/or terminate wires and, in their simplest form, consist of several individual terminals arranged in a long?strip. Terminals are useful for connecting wiring to a ground or, in the case of electrical power,?for connecting electrical switches and outlets to the mains.

Terminal bodies typically consist of a copper alloy with the same expansion coefficient as the wire intended for use. This not only prevents loosening because of differing expansion rates but also reduces corrosion caused by electrolytic action between two different metals.

Terminal blocks can be classified according to their structure as well as device type.

Single feed products represent the basic type of terminal block, and are used for wire-to-wire connection. Single feed terminal blocks have one input and one output contact: two distinct wires are fed into either side of the terminal block and are connected within its housing. Dual level terminal blocks have two levels of contacts; this arrangement saves space and simplifies wiring. Multi-level products may use a?bridge?to connect one contact level to another for increased circuit flexibility. 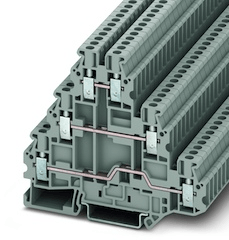 Terminal blocks may also be grouped by application or type of device they connect.

Terminal blocks typically snap onto a metal rail, are screwed into a?panel, or mounted on a printed circuit board (PCB).

Terminal blocks are commonly mounted on some form of?DIN rail. This metal rail derives its name from Deutsches Institut fur Normung (DIN), the German standards body that published the original rail specifications. Terminal blocks may be manufactured to fit one of several DIN rail sizes: 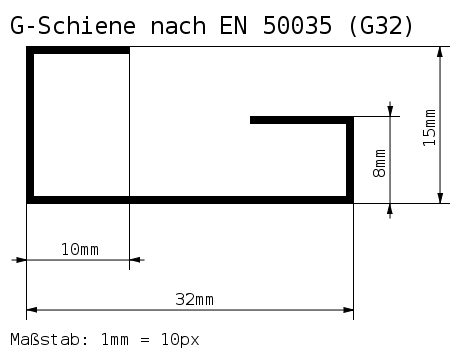 Dimensional drawings for a standard 35 mm top-hat rail (left) and a G32 rail.

Terminal blocks may use one of several different methods to achieve wire connection. 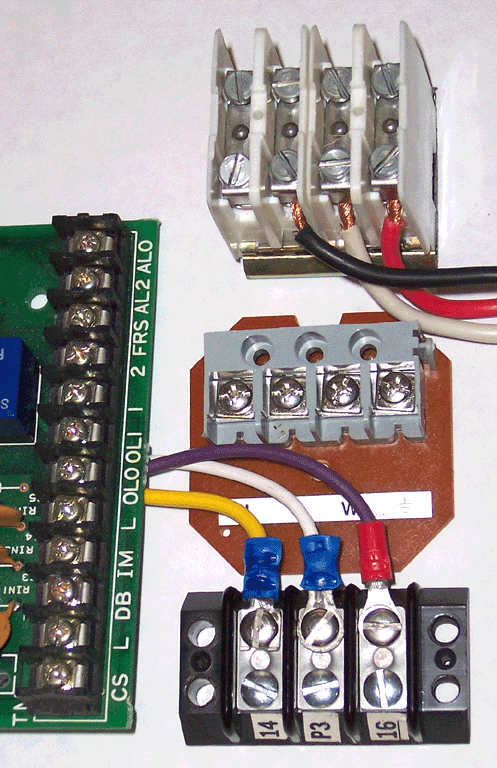 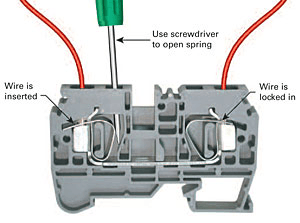 Terminal blocks are commonly?available with one of?three different wire entry angles:?45?,?90?, or?180?. 90? and 180? types are also referred to as horizontal and vertical, respectively.

When discussing terminal blocks, the term “contact”, also known as a?position, way, or pole,?refers to a wire attached to the block. The?number of contacts?is an important specification when considering a product, as a buyer is required to match this number with the number of wires necessary for a project or application.?Contact pitch?refers to the distance between each contact, measuring from the center of each hole or opening. Contact pitch is directly related to the number of contacts and is typically expressed in millimeters (mm).

Terminal blocks may include one or several special features.

There are no reviews yet.